Who knew the first “real” snow of the year would be in December? It’s been falling steadily, but so far, the accumulation isn’t much. It’s covering things, making the outside world cold, but pretty. I love the first snowfall of the season most of all, but I’d send it to California if it would help the fires. 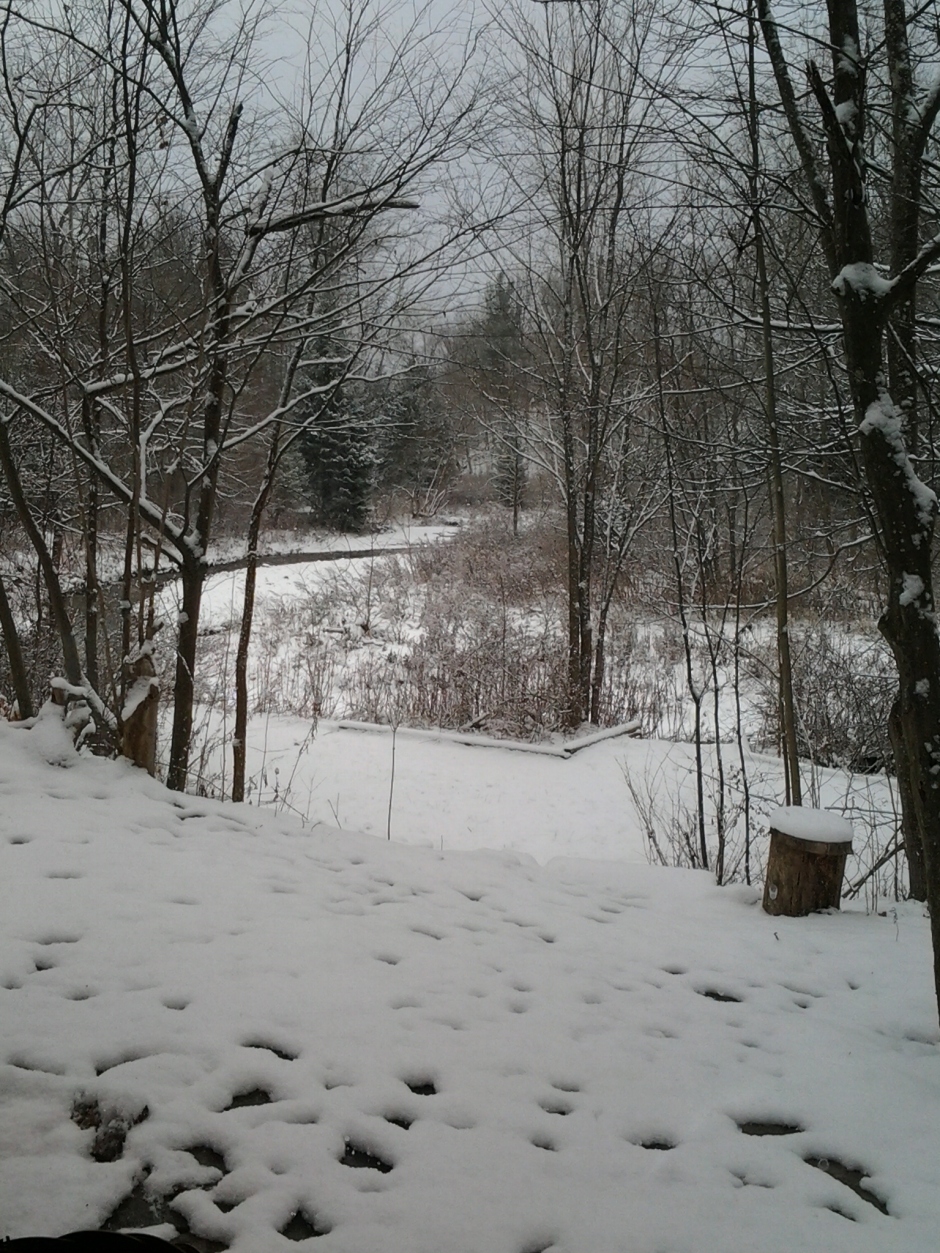 It took forever to get tires on the car. First the wheels were too big, then I had an alignment problem, which led to replacing ball joints. . . All this car ownership fun I’ve missed for 15 years? I didn’t miss that at all, but I truly enjoy being able to go and attend events. One of the first was driving to Buff State for a reading by Joan Wilking. Afterwards, I went out to dinner at Cole’s with Joan, Kim Chinquee, Tamara Grisanti and a few others. There, I learned a piece I sent to Elm Leaves Journal was accepted for the Blues issue. It was a great time and Mycology, the 2016 Wild Onion Novella Prize is a great read. I literally gasped at one part. I can’t remember the last time that happened.

Last Saturday was the Kirst Christmas party held at the bowling alley in Hamburg. It was fun, but so strange to see people I only once a year. Scott “the bee guy” recognized me, but he grew a mustache and I didn’t realize that was him. Husband and I bowled with Don and “not Eric.” I don’t think I’d met “not Eric” before, but that’s what I misheard and now I don’t remember his real name. Husband was given a plaque for working there 10 years. Somehow, it feels both longer and shorter than that.

We went to the community meeting about the possible round about on Route 240 and 12 people – out of possibly 100 – were loud and opposed to the idea. No one else was willing to say they wanted it. When the one man left and returned, I honestly feared he’d gone and got a gun. That’s how pissed off and irate he was and how scary and uncivil this town has become. Well, probably the nation. Talking about possible solutions no longer seems possible, it’s the loud mouths with guns who hold all the power. Some America this has turned out to be. . .

Otherwise, I’ve been rewriting a few flashes and I’ve submitted 10 pieces this week. I’m nearly ready to go back into the new novel that I started in November. I know, I should finish it first, but I’ve done that before and I recognize that every book of mine gets written differently, so this is the way this one is going – with fits and false starts. And so it goes . . .

Oh! I nearly forgot! This is how the tub area turned out. I am loving the light, the tiles, and even the grab bars. I now have a place to hang my washcloth. It is the small things in life, after all, that make life better and easier to get through, especially when the world’s gone mad. 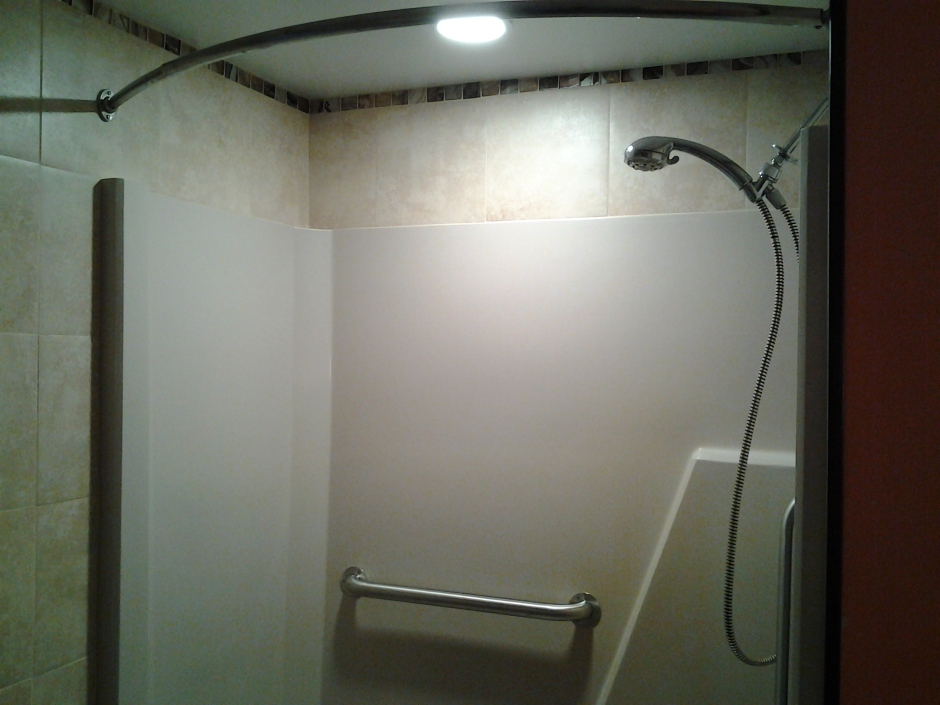 Thanks for stopping by for a read and as always, these are my creek side reflections. Your experiences may vary.