If you’re keeping tabs, more work was to continue in the kitchen. A dishwasher wasn’t exactly promised, but darn close. Anyway, that has been shelved because of a touch of mold in the bathroom has led to chaos, repainting, and tile. Or will soon.  *Sigh.* 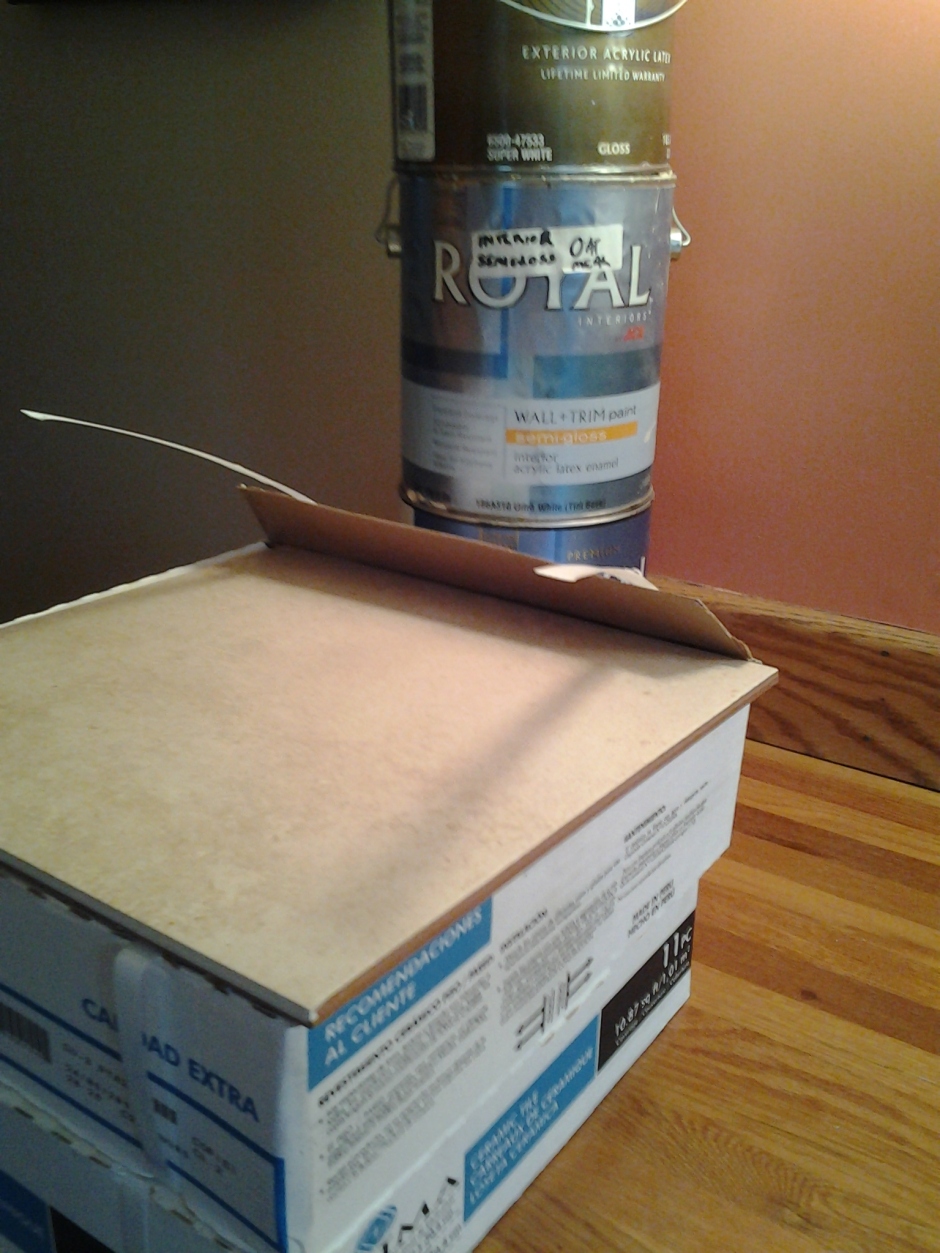 I completed Kathy Fish’s fabulous Fast Flash Workshop and highly recommend it. In the writing I was doing there, I went deeper than normal, which was a little unsettling. I didn’t post the “object” prompt because that led into something longer.  I thought I was being brave when I sent it to the incredible Nina Fosati for her thoughts. Her response was to go even deeper . . . so I’m considering it.

Let’s say it involves a messed up situation and I’ve self-censored about it this week already. Seriously, I had trouble with one piece that I really liked, but couldn’t get to end right. I imagined someone and it fell into place. Great. But then, it was accepted and someone quoted a line and this thrilled me and I went to post a link on Facebook .  . . and realized I shouldn’t. Luckily, I had a three-year-old memory pop up and pimped that instead.

The baby waterfalls was the best I could do. I’m behind in my work count for Nano, my reading at both magazines and the extra reading I’m doing for the Best of the Net awards and a new member of Hamburg Writers’ Group sent a book that I said I’d read the first chapter of . . . and haven’t opened. So, thank you for stopping by. I know it wasn’t much, but I need to get back to the work I love and ignore the impending torn out drywall and paint drips.

*These are my creekside reflections and I hope your experience varies.

The large calendar continues to be useful. I even put the notation, “Blog!” on last and next Thursday’s squares. When I realized that meant writing one during Stepson’s wedding week, I switched that around and so you’re reading this now and not then – or last week.

Husband and I still have a lot to do to get ready for the guests that will be staying with us and normally I’d be outside mowing or weeding, but the humidity is brutal. It was bad yesterday, too, but I managed to get the rest of the wood in, Husband pulled out the old tractor to see if that transmission can be married to the one we’ve been using and I pushed the steps to the south lawn closer together. All of this with chipmunk scurrying underfoot, under leaves, under steps and in the trees. They are plentiful and brave this year.

I had an AMAZING run of acceptances recently. Christopher James took “It Only Hurts When I Smile” which came out of Kathy Fish’s workshop! It’s scheduled to appear in Jellyfish Review on 17 December. Kae Sable took “Something to Talk About” for Dime Show Review and it’s live. I felt unsure about “Birth Control” and put it up in Hot Pants in Zoetrope to workshop…and the incredible Kim Chinquee loved it as is and took it for New World Writing. It’s live HERE. And on Sunday, A. E. Phillips wrote to say she’s taking “An Alice is An Alice is an Alice” for both the print Fall Issue and the 2016 Year End Collection of The Donut Factory. Two weeks, 5 acceptances. Hell yeah!

(I did enter the bizarro world where the rejection from Apogee was welcomed. All that winning was starting to freak me out.)

Both “Birth Control” and “Something to Talk About” are very new and from the stack of flashes involving the characters Pete and Tara.  I thought the piece I wrote on Tuesday where Tara meets Pete’s mother for scones (with clotted cream – Thanks Mary Akers!) didn’t work and I was disappointed in myself. I went back yesterday and found it isn’t bad at all.

I was discouraged that only one sunflower came up this year – I planted two rows – but look at the multi-headed one that came up! 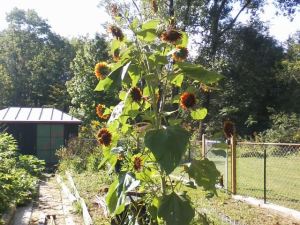 Saturday, I’m back to my piece of heaven — volunteering at the West Falls-Colden Community Library. I won’t be there as often this season as I’ll be working some Saturdays. (Yes, Virginia, I did get a job.) And I’m glad I put that in the book, because I nearly forgot! So much is going on in the next two weeks from Husband doing things he’s never done before – including getting his hair and beard tended to by a hairdresser – to hosting a group of writers hours (I hope I have hours to prepare!) after our houseguests leave.

So, barring that it’s too much and does kill me, I’ll be back in two weeks to tell you all about with pictures of Husband in a tuxedo!

If you know my husband, you know he doesn’t text and his spelling skills are…special. Yesterday, he was in the elevator shaft, someone called his cell, he climbed out, chatted, set the phone down and climbed back in. A bit later, Ryan, the guy he’s been riding into Buffalo with, asked him if he just texted him. Husband said no. Ryan asked if he knew where his phone was. Husband grabbed for it and found it was gone. He looked where he set it down and it was there. Ryan cryptically told him, “Don’t leave your phone out where Don can get it.”

Okay, so Husband says he said something about it to Don and after some back and forth, Don told him he’d need to sort things out with Norm. At that point in the telling of the story, I’m like “What the feck! Give me that.” I opened Husband’s phone and Don had texted to Ryan, “Can I sit on your lap and steer the truck?” I read it and after laughing for several minutes was finally able to tell Husband what it said.

Don texted to Norm, “I miss you,” which wasn’t horrid, but Norm texted back “I know,” upon which Don added, “What are you wearing?” No response. (All the words in the texts were spelled correctly and there was punctuation. Dead giveaway that Husband had nothing to do with those texts!)

I told Husband he should tell Don that I found the texts and got upset and woke him up in the middle of the night to explain. Apparently, he did and Don didn’t believe him, so Husband just called and I had to listen to Don grovel and say he was sorry for his bad taste in jokes. The whole time, I wanted to laugh, but restrained myself until after we hung up. I haven’t laughed that hard in a long time. It is stupid, I know, but it’s also kind of nice that the jokester got joked.

My first “real” book review comes out tomorrow. I’ll link it here when it goes up and if I remember. There are just a few more days left in the Flash Fiction Workshop with Meg Pokrass. The story for the second prompt gave me trouble. It was too long and I was frustrated. I went back to it, finished it and wound up with 1340 words. From there, I trimmed. I cut. I eviscerated. At 995 words, I posted it and got good reviews. She thinks it may be “the one” to get me into Pank or Smokelong. Here’s to hoping. There are three more prompts, so after I post this, it’s back to work.

Otherwise, it’s been disappointing, this writing life. Several rejections arrived, I did not make the final cut for an anthology, but I did get an encouraging note from one place. I guess that is something.

*These are my Creekside Reflections. Your experiences may vary.