Yes, it’s true. On Saturday, we went in to Mark Adamchick’s office and he estimated our refund (NY State and Federal) would be equal to the County Tax bill which we received on Monday. Gotta love the timing.

The cold and snow have been unrelenting. I’m pet-sitting for a neighbor. Had I known what the weather was going to be like, I would have rethought my answer. I still would have done it, but I would have thought longer before agreeing to do it. 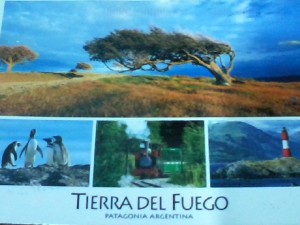 The day before Valentine’s Day, wonderful things happened. I received the postcard XO Man sent from Tierra del Fuego (props if you get the Letterman reference), there was a letter from a dear friend, and to top it off, Husband stopped to buy me a rose. He didn’t have to–I’d gotten mini-carnations two weeks before and we’d gone out to lunch last week since we didn’t want to deal with the hassle of dining out on VD.

My husband is awesome.

The writing lately, not so much. Oh sure, I had another piece accepted (Thank you Tim Sevenhuysen) and it went live today at 50 Word Stories. Otherwise, I’ve been spending a lot of time on rewriting some short stories and rewriting old stories feels like I’m not moving forward. I did squeak out a new flash for a contest. I started several one night, let them alone for a few days then picked the strongest and polished it to fit a contest’s requirements. Last weekend when I was at the library, I did make a leap forward with “The Little Woman,” a story I conceived of in November 2012, but again, it’s an old story.

I suppose the answer is to plunge back into “the new piece.” I still don’t know what it’s going to be–size wise–but I’m still smitten with it. Unless I decide to submit a bunch of stories…or maybe poems. I could polish a few essays I’m close to liking enough to send out, but maybe I should scour agent listings and send out more queries…

What I really want to do is buy seeds and plant them.