I thought the flowers had bloomed, but they were just teasing. 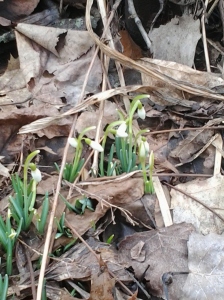 Greetings and thank you for popping in. You picked a good time since I’ve got an amusing story.

Today was the start of Camp NaNo. I was upstairs working somewhat diligently on the new book when the passive-aggressive semi-smart phone told me there was an email. I opened it and it said the short list for the Gover Prize was listed. I hit the link and I was on there. As if…

I signed on to the computer and went to the site. It was true.

I did not see that coming. Talk about being humbled–by that and the amazingly kind words I’ve received from people on Facebook. I am so grateful.

Needless to say, I’m behind on my NaNo word count. C’est la vie. With any luck I’ll be able to make it up tomorrow at school. I’ll have time while I’m haunting the second floor teacher’s lounge when I’m not hanging out with Isabella. That’s the name of the kid I’m mentoring. Yes, I mentor now, and if that sounds strange to you, trust me, it sounds even weirder to me.

That’s why I can’t post tomorrow–I’m catching a ride with the Social Studies teacher. On Friday, I definitely don’t want to post because it’s my birthday. I’ll have that morning to catch up on my word count and get in an hour or so of Pilates. That’s the other thing that’s going on that is great: I hit a mini weight loss goal, which makes me want to hit the next one. Apparently, after listening to the same advice for years, it is sinking in–that it’s easier to get things accomplished if you break it down. I trusted that process implicitly for NaNo, but for other things, I balked. Now I see the physical results and I’m convinced.

And there you have it, my creekside reflections brought to you early and with happy news. May your days be just as wonderful.

Seriously, thank you for stopping by today and here is proof that I won’t be the only one waiting for you to drop in again… 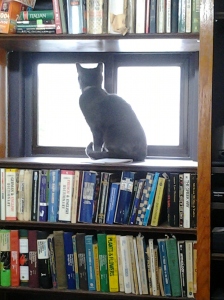